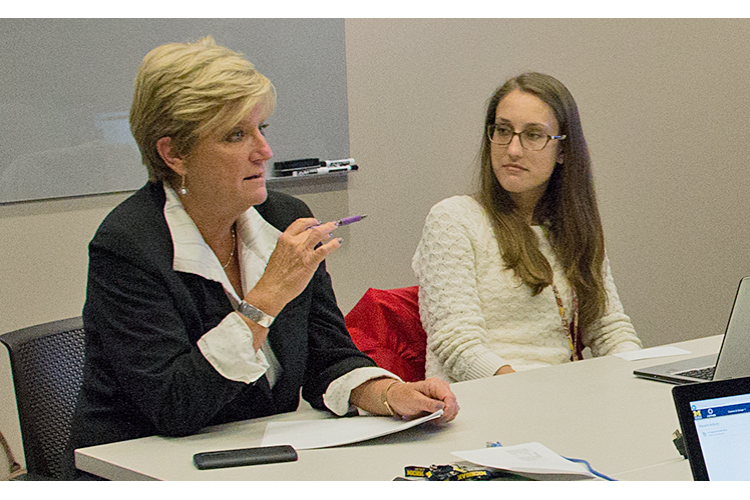 UMSN faculty member shares how family loss caused her to question herself and her career before leading her to new inspiration to improve patient outcomes.

“I’m a nurse and I couldn’t do more to prevent my father’s death,” said Patricia Abbott, PhD, RN, FAAN, FACMI. “The guilt stays with you. I will never stop wondering if I could have done more. His medical records were a mess and the care team was drowning in data but starving for information.”

Ironically, Dr. Abbott, a University of Michigan School of Nursing (UMSN) associate professor, had dedicated her career to exploring how massive amounts of data can improve care for patients long before “Big Data” was a common phrase.

In 2009, Dr. Abbott’s father, James W. Davis underwent a quintuple coronary artery bypass operation to restore normal blood flow to his heart. Davis was taking medication for cardiac arrhythmias (heart rhythm disturbances) and having minor breathing trouble, but overall seemed to be on the mend when a fall from a tractor landed him in his small, rural hospital.

Davis’s breathing troubles worsened and one of his doctors voiced a suspicion that it could be amiodarone lung toxicity, a rare complication of the arrhythmia medication. But Davis was transferred to a large urban hospital and that information didn’t make it with him.

Davis spent the next five weeks in an intensive care unit and suffered a series of events generally considered avoidable such as pressure ulcers, hospital-acquired infections and another fall. By the time the health care team at the urban hospital figured out the lung toxicity issue, it was too late. Jim Davis passed away in the hospital.

“The disconnect across the health care system was astounding,” says Dr. Abbott. “And when health care professionals are forced to make decisions on missing or faulty data, mistakes happen.” 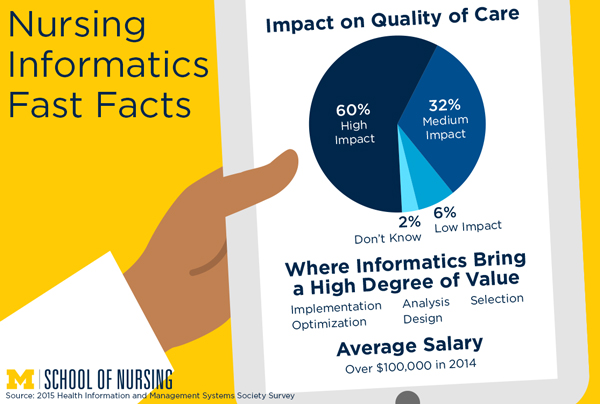 Instead of dwelling on regrets, Dr. Abbott returned to her research with a new sense of purpose. “Harnessing the data and making it work for us not only saves money and improves care, but it also can reduce suffering,” she said.

Dr. Abbott is exploring a variety of innovative Big Data opportunities including how social media can be used to monitor disease outbreaks. “Most people think of social media data as worthless, but there is incredible value hidden in there,” she said. “For example, if you look at Twitter streams and see an increase in tweets about fever and muscle aches that are geo-tagged to a certain area, then tie that info with school attendance data, it can show a relationship between the tweeted symptoms and absenteeism. This can be a valuable tool for community-based nurses to slow disease spread.”

A Sense of Urgency

Dr. Abbott, already an animated personality, gets even more energized when talking about telehome care. Helping senior citizens “age in place” by supporting them, their families, and their care teams with technology has become a passion project where she sees countless possibilities.

“Sensors, wired homes, and wearable technology can help us move health care back into the home,” she said. “We have a rapidly aging population and there is not nearly enough space in facilities to care for them. Just as importantly, most people want to stay in their homes because it is less expensive and it’s where they want to be.”

Dr. Abbott points to examples of technology that can assist home care such as sensors that monitor fluid build-up or an irregular heartbeat and then notify the patient’s care provider.

Home monitoring systems that track a resident’s movement can be an invaluable tool for Alzheimer’s or elderly patients. “If you can see someone is opening the front door at two o’clock in the morning or the gas stove keeps getting left on, those are pretty good indicators that you’ve got a problem,” said Dr. Abbott.

“Data from sensors gets very big, very quickly and we have to be able to capture it and quickly interpret it,” she continued. “Data is not like wine; it does not get better with age.” 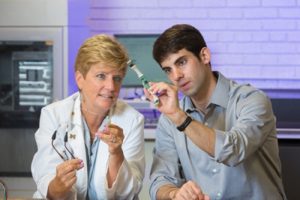 While Big Data is acutely interesting to Dr. Abbott, she has other research areas. She’s leading an interprofessional pilot program to improve how health science students are educated through the use of an internally developed electronic health record simulator. In addition, Dr. Abbott is part of a Fogarty funded research team studying the impact of cell-phone delivered cognitive behavioral therapy for depressed adults in Bolivia.

“We stand at an extraordinary intersection of health, technology and reform,” she said. “From big data, to cell-phones to smart homes –a world of opportunity awaits for proactive thinkers.”

Dr. Abbott says working with Big Data can bring a unique set of frustrations, but thoughts of her father are never far from her mind. She’s determined to advance how health data is used to improve care.

“We can and we must do better for our patients, their families, their communities and our nation,” said Dr. Abbott.

There are no upcoming events at this time.

Theme: Illdy. Copyright © 2018 The Regents of the University of Michigan